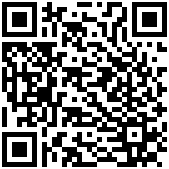 
With a financial crisis affecting sales in the U.S. and Europe, multinationals face more pressure than ever to make money in China. AdAgeChina Editor Normandy Madden recently sat down with Richard Ho, a partner at Bain & Co. in Shanghai and a member of the firm's consumer products practice.

This is the first in a two-part series based on their discussion about China's consumer markets and China's role in the global economy.

AdAgeChina: China's government announced last week that the country's GDP fell below 10% for the first time in five years. Do you think this will make advertisers skittish when it comes to setting ad budgets for next year? 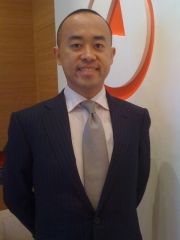 Richard Ho: The China GDP number, based on the last quarter by itself, is probably not going to make the companies in China rethink their marketing plan for the coming year. Having said that, if you give it another quarter or two [and the rate continues to fall], given what's happening globally, companies in China will be under a lot of pressure. We're probably going to see a bigger impact on the Chinese economy and economic growth once we're another quarter or two into it.

AdAgeChina: How much will the slowdown affect marketers in China in terms of sales and profitability?

Mr. Ho: Given the European and U.S. markets are experiencing financial turmoil and government interventions, a lot of multinationals are turning to China as one of the few places where they hope to grow their business.

With that as the backdrop, there will be pressure on companies in China to improve their profitability, to grow themselves and get more competitive.

On the marketing side, the pressure will be on for companies to cut spending or at least be more focused in terms of where they spend their money. All of a sudden, the profitability target becomes even more important in the near term.

AdAgeChina: How should they respond to the increased pressure on their marketing plans?

Mr. Ho: Depending on which business you're in, whether its shampoo or the luxury market, then your response could be very different. In the near term, if you're in the luxury segment or in a high-end market, clearly some of your consumers will spend less and some may even move down market, as we're seeing in France or the U.S., where discount retailers, for example, and fast food companies are doing great business. You will see that consumers are trading down temporarily.

For the high-end companies, it's still important to sustain brand building but they may pull back a little because they're not going to see immediate sales uplift.

But for low-end or mass brands, this is a great opportunity to grow your business. People are switching to products that you're offering. The challenge is whether you can turn brand awareness and a temporary increase in sales into customer loyalty If you can convince them your products are not only cheap but value-for-money, then you can strengthen your customer base.

AdAgeChina: Besides luxury goods, which marketing categories can expect to see a slowdown in sales in China?

Mr. Ho: The auto business is already seeing a slowdown, I think that category will get more challenging in the next year. The same can be said about financial services, when it comes to mortgages and consumer credit.

AdAgeChina: Faced with a tough economy and pressure to raise sales, are you encouraging marketers to spend more or less in China next year? 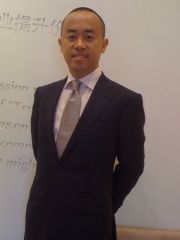 Mr. Ho: I encourage them to spend smartly. In good times, marketing people have a good budget and therefore, can allocate money across TV, magazines, even outdoor, billboards. Often, we see at the companies we work for, sometimes the marketing people don't necessarily have the tools to actually analyze whether their advertising budget is money well spent. There's planning before the spend, but often no assessment after the spend.

They also spend more on the basis of raising awareness. From a brand-building perspective, awareness is the first step, are consumers aware of my brand. After that, how do you generate trial down to the repeat purchase?

A lot of companies have spent a huge amount of money on raising their awareness, but that doesn't mean people buy your product, so actually you're wasting a lot of money. Billboards in Shanghai, for example, are becoming quite expensive, but do people here stop at a crosswalk and stare at these billboard display? Who are these consumers, are they really the ones you need to target?

AdAgeChina: You haven't mentioned digital media, even though China has the largest mobile phone and internet populations in the world. Do you recommend digital media to the marketers you work with?

Mr. Ho: It depends on different products, and what people use digital media for. It's a convenient tool for comparing prices but does that mean consumers will be attracted to your branding efforts? It depends on whether your advertising on the internet can help you build a brand image with the consumer you have in mind.

AdAgeChina: Do you think marketers should be using online media more often?

Mr. Ho: Some of our clients are already using digital media to experiment but it boils down to doing surveys with consumers you have in mind and figuring out what role does digital media play today in their lives.

AdAgeChina: Do you think the GDP slowdown is related to the post-Olympic effect?

Mr. Ho: That's a tough question because there are two things coming together. If you didn't have the financial crisis right now in the U.S. and Europe, and if you saw all of a sudden marketing spending drop, yes, there was overspending prior to the Olympics and now companies want to pull back. Advertisers want to have a more balanced budget and then, after a year or so, things would go back to normal. That would be the scenario. But with the financial crisis, you are going to see a marketing spend contraction. It's probably attributable to both, the financial crisis and the Olympics.

AdAgeChina: What will be the lasting impact of the melamine scandal, at home and overseas?

Mr. Ho: For Chinese consumers, this is probably a blessing in disguise. People never realized that product quality and food safety can be so important. They will be expecting manufacturers to do better. In the whole scheme of things, I think it's good for the industry and good for the consumer. Without something as bad as [the melamine scandal] happening, people wouldn't realize how serious and widespread these problems can be.

For overseas consumers, it going to take some time for Chinese manufacturers to rebuild their image. There have been incidents in which manufacturers in the West have had problems with product safety and quality too, which were dealt with quickly and professionally. Consumers are mature enough to realize things can go wrong. But they also understand that China is not a developed country yet, so they will be more cautious.